Peter Lovenheim is an author and journalist whose articles and essays have appeared in the New York Times, New York magazine, The Los Angeles Times, Parade, Politico, The Washington Post, and other publications. He is Washington Correspondent for the Rochester Beacon, an online source of news and commentary for his hometown of Rochester, NY.

His books of non-fiction include The Attachment Effect (2018), an exploration of how early bonds with parents shape personality throughout life, In the Neighborhood: The Search for Community on an American Street, One Sleepover at a Time, (2012) winner of a Barnes & Noble Discover Award and the First Annual Zócalo Public Square Book Prize, and Portrait of a Burger as a Young Calf, (2002) a first-hand attempt to understand the food chain, and three other books.

Read about my narrative non-fiction class in the Washington Jewish Week. 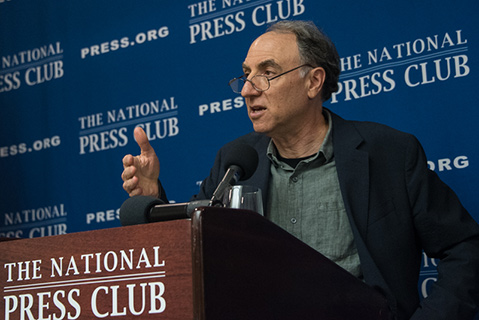